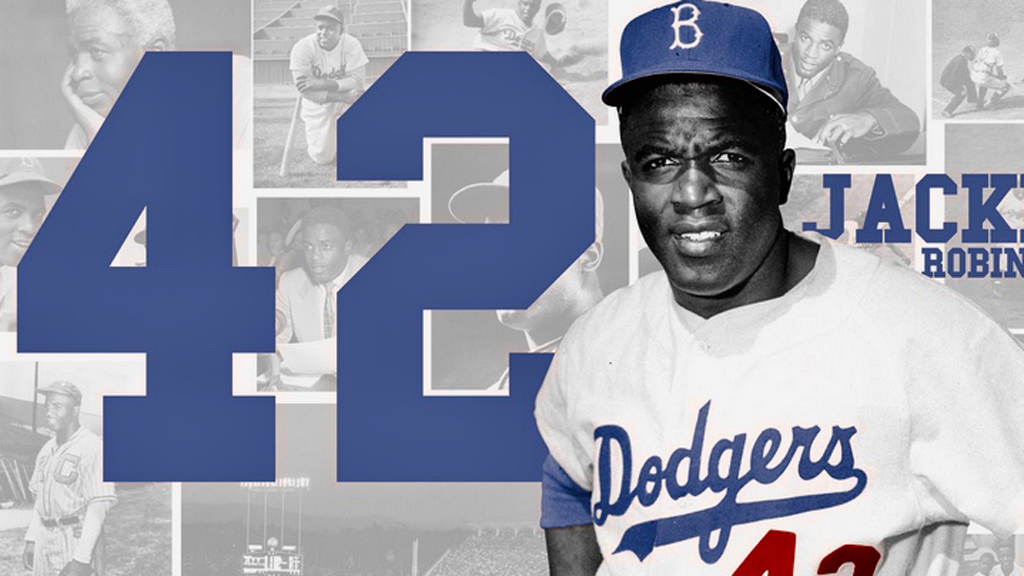 Jackie Robinson said, “A life is not important except in the impact it has on others lives”. This statement shows just how great of a man that Jackie Robinson was. He was not just a great baseball player, he had character. He wasn’t concerned how he was viewed by people. He was determined to let his play on the field do the talking. He is an icon and he has made a giant impact on many lives!

Jackie Robinson was born in Cairo, Georgia in 1919 to a family of sharecroppers. In the town where he grew up, they were the only black family on his block. They encountered much racism and prejudice, but this only made their bond stronger than ever. He grew up in a big family with only one parent. From an early age Jackie Robinson excelled at sports. He was the first athlete ever to win varsity letters in four sports, which included football, basketball, baseball, and track.

While he was in school he struggled to have financial stability which led to him being forced to leave college. After that, Robinson decided to enlist in the US Army. While he was able to progress to second lieutenant, his time in the army was cut short because of a race related issue, leading to an honorable discharge.

Jackie Robinson went on to play for the Brooklyn Dodgers. While playing for the Dodgers, he won the rookies the year award, as well as an MVP award and batting title. Robinson will be celebrated in history for what he was able to do in breaking the barrier of African Americans in sports. All athletes have Jackie Robinson to thank for being the first to challenge what an athlete should look like. It’s not just for whites, Hispanics, or blacks; it is for all people.

Jackie Robinson taught us a big lesson when he broke the color barrier of sports. He taught us that change is possible even when you’re outnumbered. Many people believe that they will not make a difference because of everything that the opposition throws there way. They feel that the obstacles are too big. Robinson said it best when he stated, “I’m not concerned with your liking or disliking me… All I ask is that you respect me as a human being“. This was about making sure that every athlete has a fair chance at playing professional sports no matter what color they are. This is more than sports!